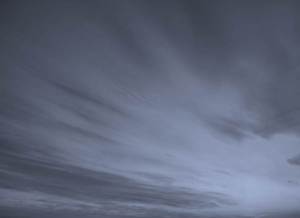 There is music playing as I write and looking up I see art framed on the wall of my room.  Both exist by virtue of the human imagination acting upon the world, playing with sound and light, interpreting the vision of the artist for others to share.  Life and the world without the imagination are simply unimaginable.

Our imagination, though, can be our enemy as well as our friend.  Our ability to create something out of nothing is a double-edged sword if we are unable to distinguish between the creative imagination and fantasy.  Every human action that goes beyond the necessities of physical survival is grown, through active will, from a seed in the mind, from an idea, from a thought.  What is the difference between that kind of imagination, the kind that makes art, music, furniture, food-processors, books, light-bulbs, bicycles, CD’s, scissors, guns, weed-killer, paper parasols for cocktails  ad infinitum, and the kind that just cooks shit up?

There are two kinds of fantasy: fantasies of power and fantasies of permanence.  They correspond to two kinds of fear: fear of the other – things beyond our control, and fear of death.  Each fantasy comforts each fear, and both or either of these fantasies is at the root of depression.

Fantasies of power are scenarios wherein things are as we wish them to be (goood) or things are not as we wish them to be (baaad).  Neither of these is based in reality.  Fantasies of permanence are born of our inability and/or refusal to conceive of anything before birth or after death.  Think Damien Hirst’s shark.  These fantasies are all motivated by fear of the unknown; the unknown will of the other and the unknown beyond our physical life – why, if there is a reason, we were born to be us and what happens after we die.

These fantasies create depression because we attach our ego consciousness to them via our emotional experience of them, investing ourselves in what is not true.  In so doing, we place ourselves at odds with reality, making us dislocated, disengaged, anxious, resentful, angry and disappointed.

Religions attempt to explain these known unknowns (to coin a phrase).  The monotheistic ones deal with the other by encouraging us to love our neighbour and/or promising God will punish our enemies, and deal with impermanence by promising eternal life in heaven (or hell).  The Eastern religions deal with the other by asserting that subject/object duality is an illusion so there is, in fact, no other (there is no self) and deal with impermanence by welcoming it as a truth perceived through meditation and via the idea of reincarnation.

The jury’s out on some of that where I’m concerned.  However, through daily mantra, pranayama and meditation I have become better at spotting when my imagination is engaged in ideas and when it is engaged in fantasy.  Being better able to identify fantasy as such, alongside the emotional elements, means I am better able to acknowledge it without being in it to the degree I used to be.  This means more life experience in the reality of now, where life unfolds simply as it does.  Not like this or like that because my mind has made it so – but simply as it does, so freeing my mind to better respond to it as it is.

I heartily encourage everyone to give it a go.  The neuroplasticity evidenced by these practices – the way the brain and mind can change their functioning – is truly remarkable.

One thought on “Life could be a dream”

This site uses Akismet to reduce spam. Learn how your comment data is processed.